Retirement planning when you are alone or single

For many baby boomers, retiring alone may be a real possibility. Are you prepared?

Planning for retirement can be challenging for anyone, but planning for retirement alone can be especially daunting. Unfortunately, many people find themselves in that situation. Consider this: baby boomers are retiring in record numbers in the United States. The National Census population projections estimate that by 2030, 21% of Americans will be age 65 or older. Also consider that divorce rates have doubled since 1990 for those age 50 and above. Older people will outnumber children, according to the U.S. Census Bureau: "By 2034, there will be 77.0 million people 65 years and older compared to 76.5 million (previously 76.4 million) under the age of 18."

The likelihood of being alone in retirement increases with age

Both men and women may find themselves alone in retirement. But women are more vulnerable to being alone and retired because they tend to live longer than men. A 2020 report from Statista found that women can expect to live five years longer than men-81 years vs. 76 years.1 And when you look at who is single or alone, according to the U.S. Census Bureau, "more than twice as many women 85 and older were widowed (72%) compared to men of the same age (35%)." This is an eye-opener, and living longer and being alone has various implications.

Saving for retirement is essential, yet a study released by the Economic Policy Institute on Retirement indicated that single men and women are less likely than married couples to participate in any kind of retirement plan.

Where you choose to live matters in retirement

One of the most important considerations in retirement is where you live. According to a study on retirement by the health service company Cigna, retirement can cause social isolation, particularly for people who are alone or single. That's why where you choose to live in retirement matters. For example, some gated communities and small apartment complexes promote social events and companionship.

Working part-time in retirement has both financial and social benefits

Working in retirement is common. Many baby boomers will continue working well into retirement. Some will work because they want to, while others will work because they have to. What's interesting is that many older workers move into a new job before retiring, according to a study released by the Urban Institute on Health in Retirement. And for single people, work offers much-needed social integration with other like-minded people. It can fill the loneliness gap or isolation many people feel in retirement.

No one can see into the future but you don't need to leave your retirement up to chance especially if you plan to enter retirement alone. The best thing to do is build a relationship with a trusted financial advisor. An advisor can help map out your future by creating a retirement plan based on your individual needs. He or she also can help you adjust your budget or spending to help increase retirement affordability down the road.

Retirement preparedness is something you can influence and control whether you are single today or become single in retirement. 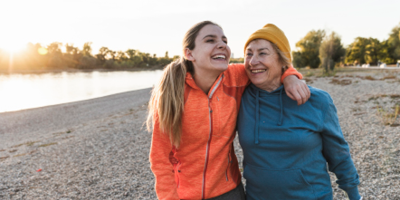 How to plan for retirement and your child's college education How does a 401(k) work? What you need to know for retirement planning